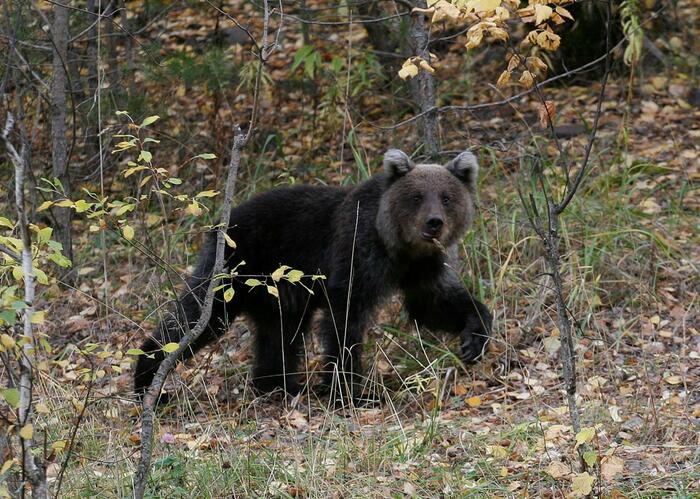 The return of Urso Pardo to the Montesinho Natural Park, has been in the news of the week.

The  Público refers that:

“It is the” return of a great predator. “Brown bear seen in the Montesinho Natural Park may stay in Portuguese territory for the next three months and then return to Spain, towards the Cantabrian Mountains, where there is a population believed to be that belongs. “

The species, considered extinct in Portugal, was in the Montesinho Natural Park. Before, he passed by the border, in La Tejera, where he also left some traces of his presence in hives.

At TSF,the doubt is cast:

Is it, is it not? The Institute for Conservation of Nature and Forests says yes. Since the end of April, the presence of a brown bear is confirmed in several points of the Montesinho Natural Park (PNM), near the border with Spain, north of the municipality of Bragança.

The presence was confirmed through footprints and images collected by photographic trapping from similar services of the ICNF in Spain. Asked by TSF about the way the animal has been monitored on this side of the border, the ICNF reveals that the monitoring is also being done by photographic trapping and by signs of presence, such as footprints and waste.

For the type of movement registered, the specialists believe that it is a young bear and from abundant populations like the population of the Cantabrian mountain range.

It is best to come to the Montesinho Natural Park, discover this true natural habitat and perhaps come across this unusual visitor 🙂

Where to sleep in Montesinho?