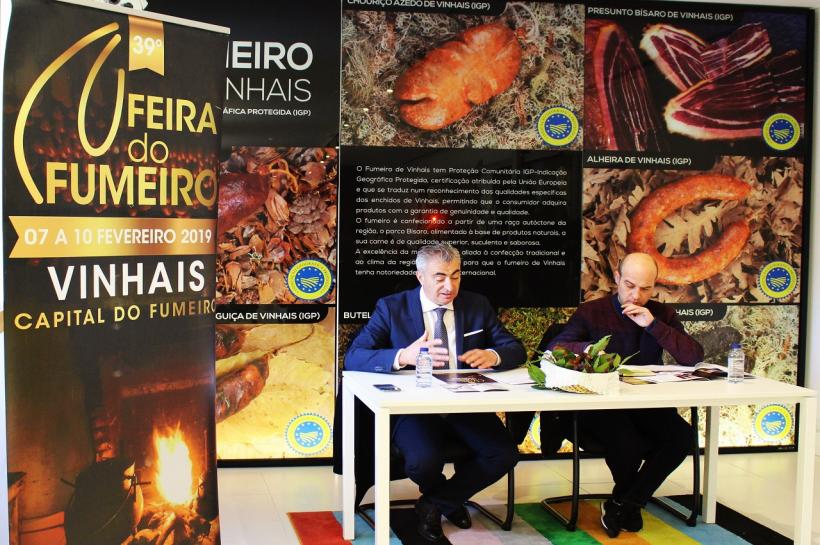 Minister of Agriculture at the opening of the Feira do Fumeiro

Everything is ready in Vinhais for the opening ceremony of the 39th edition of the Feira do Fumeiro, which will take place tomorrow at 6 pm, and where the Minister of Agriculture, Luís Capoulas Santos, will be present.

It is already this Thursday, February 7, which opens another edition of what is the biggest gastronomic event in the municipality of Viña and one of the great ones in the Northeast of Transmontano, the Feira do Fumeiro. The official opening ceremony is scheduled for 6 pm, in the Pavilhão do Fumeiro, and will be chaired by the Minister of Agriculture, Luís Capoulas Santos.

With a total area of ​​more than 25 thousand square meters and with an expected audience of around 80 thousand visitors, there will be approximately 150 producers and entrepreneurs from the most diverse areas, with emphasis on the typical gastronomy of the region of Trás-os-Montes, to be present in a event that generates a turnover of more than six million euros.

In its 39th edition, the “Capital do Fumeiro”, a title that has been consolidating over the years, adds to the enclosure the most diverse areas. In addition to a gourmet space with 60 points of sale, where it will be possible to find olive oils, cheeses, wines, jams, traditional sweets and the famous conventual pastries, an area dedicated to handicrafts with about 90 exhibitors and eight small taverns with the best of gastronomy, without forgetting the smoker’s pavilion. The latter is certainly the most popular space, with 70 smokers in this edition. From salpicão, to chorizo ​​de carne, to the famous butelo and alheiras, among many others, this pavilion will delight everyone, kids and adults. Especially because the products sold are made exclusively from bísaro pig, being certified with Protected Geographical Indication and their production controlled and monitored by the Associação Nacional de Criadores de Raça Bísara.

In order to value and promote the breed and encourage breeders and producers, the Bísaro Pig Technical Days and the Bísara National Pig Contest will take place.

“There is not much news, not least because the fair already has such a large projection and dynamism that it doesn’t make sense to make a lot of changes”, started by declared the Mayor of Vinhais, stressing, however, “that there are always some occasional changes that have to do with the space itself ”. According to Luís Fernandes, in this edition “care was taken to bring everything together in one pavilion, in order to concentrate people and even make it easier for them” and “to create their own pavilion where the technical days will be held, the salpicão contest , so that people can interact in another way ”.

At the press conference for the presentation of the event, the mayor did not refrain from reiterating the quality of the product, the smokehouse, taking the opportunity to invite those who already know the event and, above all, those who still do not know it, as he guarantees, “will come back more often ”.

Born in 1981, the Feira do Fumeiro de Vinhais will close its doors on Sunday, February 10, with a busy weekend, where the tens of thousands of people expected to hear, in addition to several traditional groups, the performances by Zé Amaro, on the 8th, and by the famous Angolan international interpreter Anselmo Ralph, who promises to enchant the public to the sound of his best known hits.