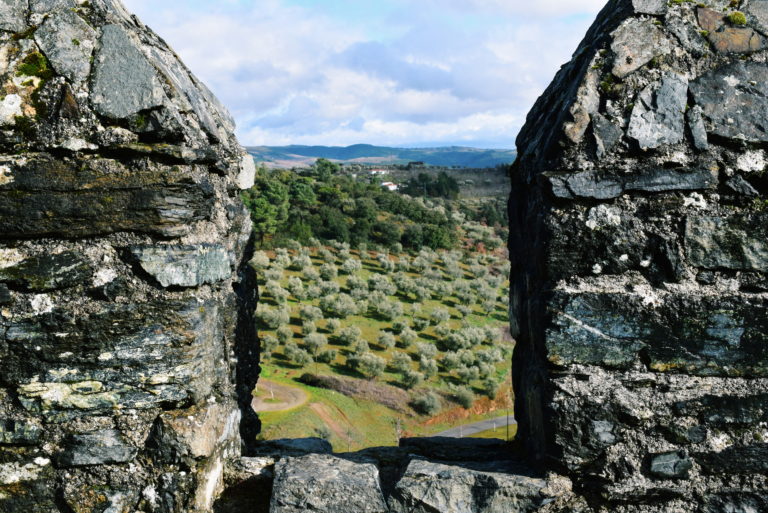 What to see in Bragança?

Bragança is the capital of the region of Trás-os-Montes, in the northeast of Portugal. This remote and mountainous region offers unique scenery, historic villages, natural landscapes and a rich gastronomy. Bragança is situated at the end of the Natural Park of Montesinho – one of the wildest forest areas in Europe, with a huge diversity of fauna and flora.

The inhabitants have a traditional way of life, especially in smaller cities and towns, such as Miranda do Douro, Mogadouro, Torre de Moncorvo and Freixo de Espada à Cinta. The daily life has not undergone many changes for centuries and these isolated villages have a very own rustic beauty. The region is especially beautiful in the spring when a white blanket of almond blossoms covers the valleys. The nearby Mirandela is known for its meats and alheiras, but you can find local specialties a bit throughout the region.

The Carnival celebrations in Trás-os-Montes are vibrant and full of tradition. The festivities continue through the days leading up to Ash Wednesday, and include colorful costumes, animated parades and traditional music, attracting visitors from around the world.

Natural Park of Montesinho (Bragança)
The Montesinho Natural Park is one of the largest protected areas in Portugal, stretching over 75,000 hectares and with an altitude exceeding 1500 meters. The vast forests generate habitats for many species, including the wolf, the boar and the eagle. Throughout the park you can visit many villages that offer a fascinating combination of human and natural landscapes. The park is ideal for hiking.

Cidadela (Bragança)
Situated on a hill overlooking the city, this well preserved citadel was built in the 12th century by Benedictine monks. It was rebuilt and reinforced in the late 14th century, and inside its walls are unusual buildings such as the imposing Domus Municipalis, the Church of Santa Maria and the impressive Gothic pillory.

Old Cathedral (Bragança)
The Old Renaissance Cathedral of Bragança was built in the sixteenth century and was occupied by Jesuit monks who founded a college on its premises. It has a golden altar and elaborates paintings on the ceiling of the sacristy, having been elevated to the cathedral in the year 1764, when the diocese was transferred to Bragança.

Museum of the Abbot of Baçal (Bragança)
The museum, one of the best in the country, is situated between the Citadel and the Cathedral, in the former Episcopal Palace of the Diocese of Bragança-Miranda. The extensive estate includes ancient ceramics, representations of animals, sacred art and Roman tombstones, as well as religious and archaeological artifacts.